NVIDIA will be holding a special broadcast on September 20 called “GeForce Beyond” that will see it be part of the company’s GTC 2022 keynote with Founder & CEO Jensen Huang.

The event is said to showcase NVIDIA’s “latest breakthroughs in gaming, creating, and graphics technology”. 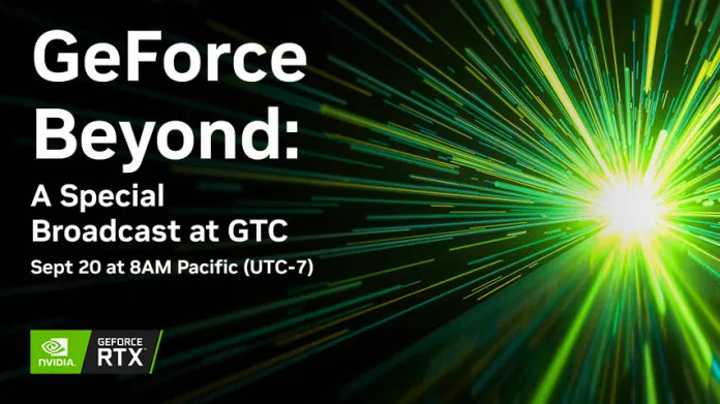 The main highlight expected of the event is the announcement of NVIDIA’s RTX 40 series graphics cards on which it was rumored to release during Q3 of 2022 earlier this year.

It’s also expected that the keynote will see more details on NVIDIA’s new Lovelace GPU architecture that replaces its current Ampere architecture on its 30-series GPUs.

The only question that remains is which GPUs we’ll see during the event and how well these new GPUs will perform. Rumors suggest that an RTX 4080 and 4090 may be in play, but we’ll just have to wait and see.

The “GeForce Beyond” keynote is scheduled for September 20, 2022 8 AM PDT and is available to watch via Twitch or GeForce Youtube pages.