4.6% of Filipinos fully vaccinated amid calls on gov't to 'step up' Delta variant response

MANILA, Philippines — Some 5.03 million of the Philippines' total 109 million population have been fully vaccinated against COVID-19 almost five months into the government's inoculation campaign.

Figures presented by the Palace on Wednesday show that just 4.6% of Filipinos have been fully vaccinated as of July 20. Another 9.7% have received one dose of the predominantly two-dose COVID-19 vaccines currently being rolled out in the country.

To meet its own goal of herd immunity by end-2021, the government must fully inoculate another 72.71 million people in about five months.

This comes as two senators call on the government to strengthen its pandemic response following the detection of eight active and local cases of the Delta (B.1.617.2) variant by health authorities.

Sen. Risa Hontiveros earlier Wednesday told reporters that the pandemic task force must "step up" the nationwide effort to stop the further spread of the variant.

She said the task force could do this by increasing the number of COVID-19 tests conducted per day to 90,000 as it previously committed to do and by administering 500,000 vaccines daily as recommended by experts.

Genome sequencing and contact tracing must also be thorough, Hontiveros said, to contain the further spread of the variant first seen in India.

"With the potential brunt of the Delta variant, the government must focus on these two things: stricter border controls, and save the healthcare support system from a possible collapse," she said partially in Filipino.

"I hope government finds practical ways to protect our [healthcare workers] dahil sila ang mas exposed at mas prone as (because they are more exposed and more prone to) infection because of the high viral load in hospitals." 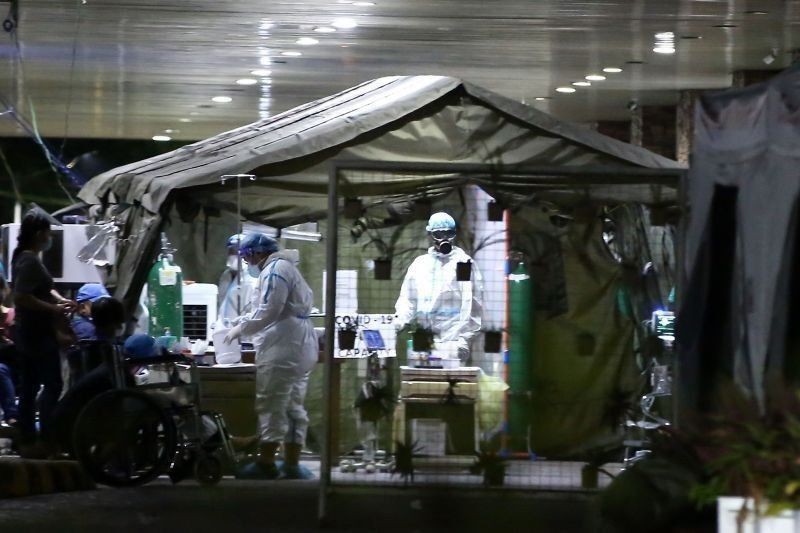