Doraemon is Back with I'm Your Hero - TrueID

Doraemon is Back with I'm Your Hero

Doraemon, that robot cat from the future is officially back in the Philippines and with a purpose.  He wants to help boost the moral and inspire everyone to be more stronger and fight bullies with his new campaign -DORAEMON I'M YOUR HERO.  Our cute hero will begin visiting malls and schools soon and relay this message as well as giveaway tons of Doraemon free merchandise.

Animation International Ltd. (Phils) promises to release more Doraemon related merchandise beginning this year.  Perhaps this is due to the fact that since the anime officially had its final movie and airing most people want to have something to continue to show their love for the cat that provides tons of mysterious and futuristic gadget.

Some of the new merchandise items includes baby diapers, baby shirts, toys, plushies, hats, sunglasses, gadget replicas, pillows, slippers and more. Most of the new items will be directly imported from Japan while others will be locally sourced out but approved by the licensing company. 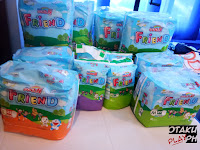 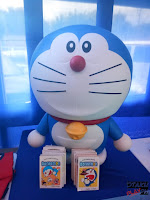 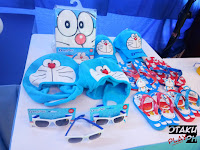 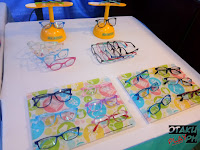 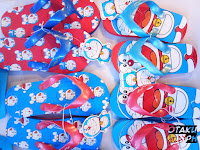 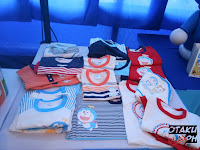 Sending Doraemon's Message to the next generation

Doraemon is one of the most successful manga and amine of Japan.  In fact the character also became the official Ambassador of Japan and is even awarded as one of Time Magazine's Heroes.  The manga started in 1969 which immediately exploded into three anime series with over 2,000 episode plus movies and other special shows.

Who will ever forget Doraemon together with Nobita, Seneo, Shizuka, and Damulag.  a pothe introduction of more recent and popular anime, local television stations still choose to air Doraemon and continue to give fun and send the positive and inspiring message of the anime.

Beginning August Doraemon will be having mall tour around the Metro and perhaps even in other parts of the country to give everyone a full Doraemon experience.  It was revealed that a roving van with a giant Doraemon image assembled within a pure Doraemon park graffiti can be expected during the mall events.

Fans and mall goers can have a chance to get free Doraemon items during the events and of course they can also buy items to add to their collections.  First event will be at SM City North EDSA from August 7-30.  This year is indeed a great time for Doraemon time and as a celebration for 100 years of anime which began in 1917.

Doraemon will also be visiting schools, ten schools in Metro Manila and one in Cavite.  The school tour will start with Uno High School in Manila on August 2.  This will be followed by other school like Don Bosco, St. James High School, Notre Dame High School, Collegio de Sata. Rosa, COllegio de San Agustin, and Southville International School.

Doraemon is a model of good values and both the anime and manga carries with it moral lesson.  In order to get these messages across I'm Your Hero campaign was conceptualized.  This campaign will consist mostly of positive shout outs which you can share and exchange in social media as well as be part in their events.

Remember that Nobita is a victim of consistent bullying from Damulag and Doraemon is the hero which comes to his rescue.  While battling that bullying, Nobita commonly wants to take revenge but every time he does it, things fire back to hum.