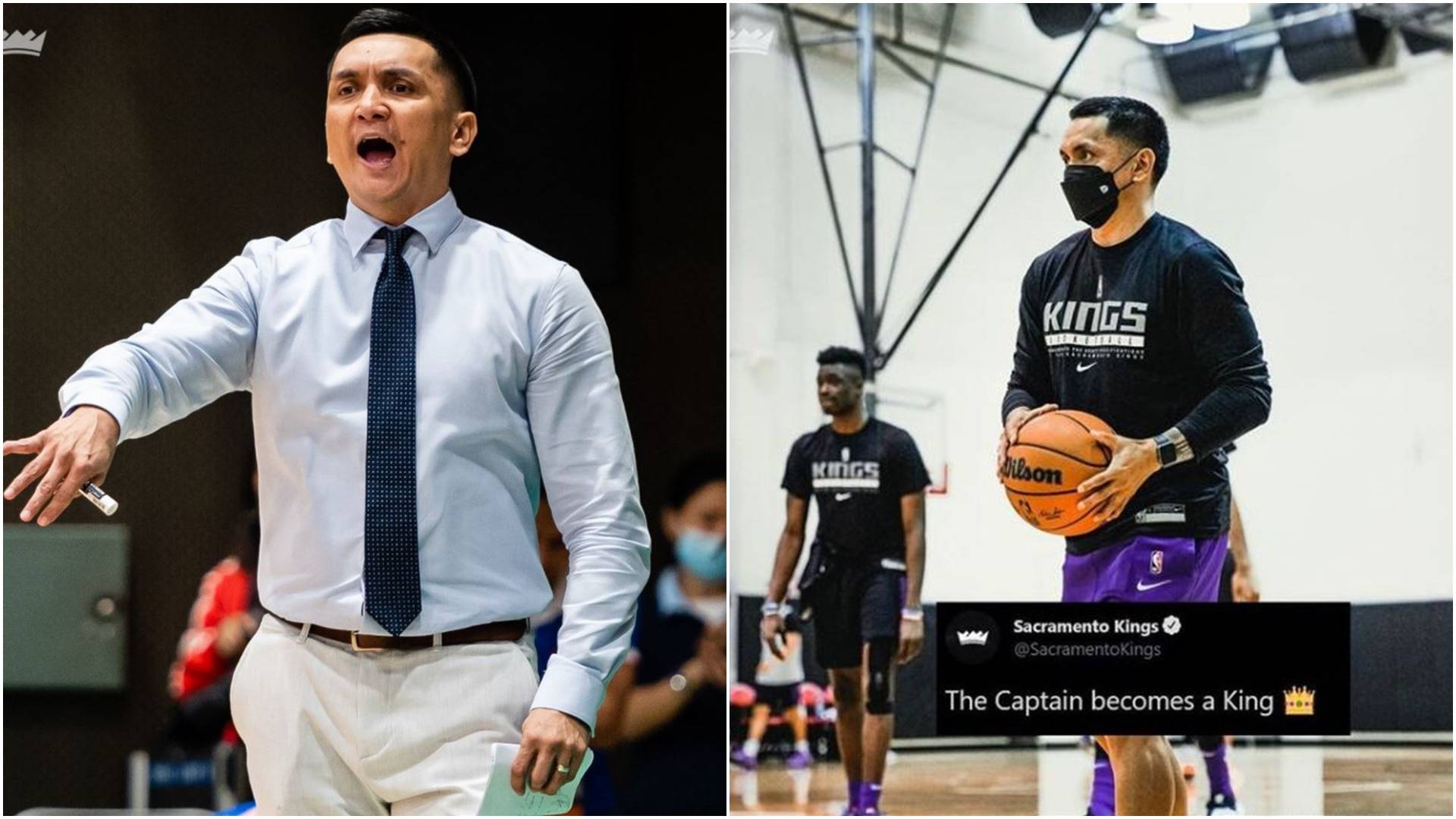 #TheCaptainBecomesAKing. Jimmy Alapag will forever be a beloved figure in Philippine sports. After all, he captained earlier Gilas Pilipinas PUSO-fueled teams in the past.

With his playing days over, the Mighty Mouse decided to take on a new venture in his basketball career. Given that he is a natural leader on and off the court, it’s only natural for the Filipino-American point guard to transition to coaching.

After learning the ropes as a deputy in the PBA and even with the Philippine National Team, it didn’t take long for Jimmy to earn his stripes and became head coach of Alab Pilipinas in the ABL in 2017. Less than a year later, he became an ABL champion coach.

Earlier this year, however, Alapag and his family decided to move to the United States.

This paved the way for another bigger role. After his successful stint as an assistant coach for the Sacramento Kings in the NBA Summer League in 2019, the team came calling for Alapag once more.

It was a no-brainer decision for Alapag, as he accepted the invite once more. By the looks of it, he’s already established a terrific relationship with Kings legend and now assistant coach Bobby Jackson.

Maybe one day, Alapag will get called up in the big leagues as a deputy for the Kings in the NBA.

But for now, our very Jimmy is pretty content mentoring the likes of Davion Mitchell and Giannis’ lil’ bro Alex Antetokounmpo in the Kings’ summer league team.

Ang galing mo, Jimmy. We are all rooting for you here back home!

Who knows? Maybe one he’ll even follow the footsteps of NBA-champion coach and fellow Filipino-American Erik Spoelstra of the Miami Heat.