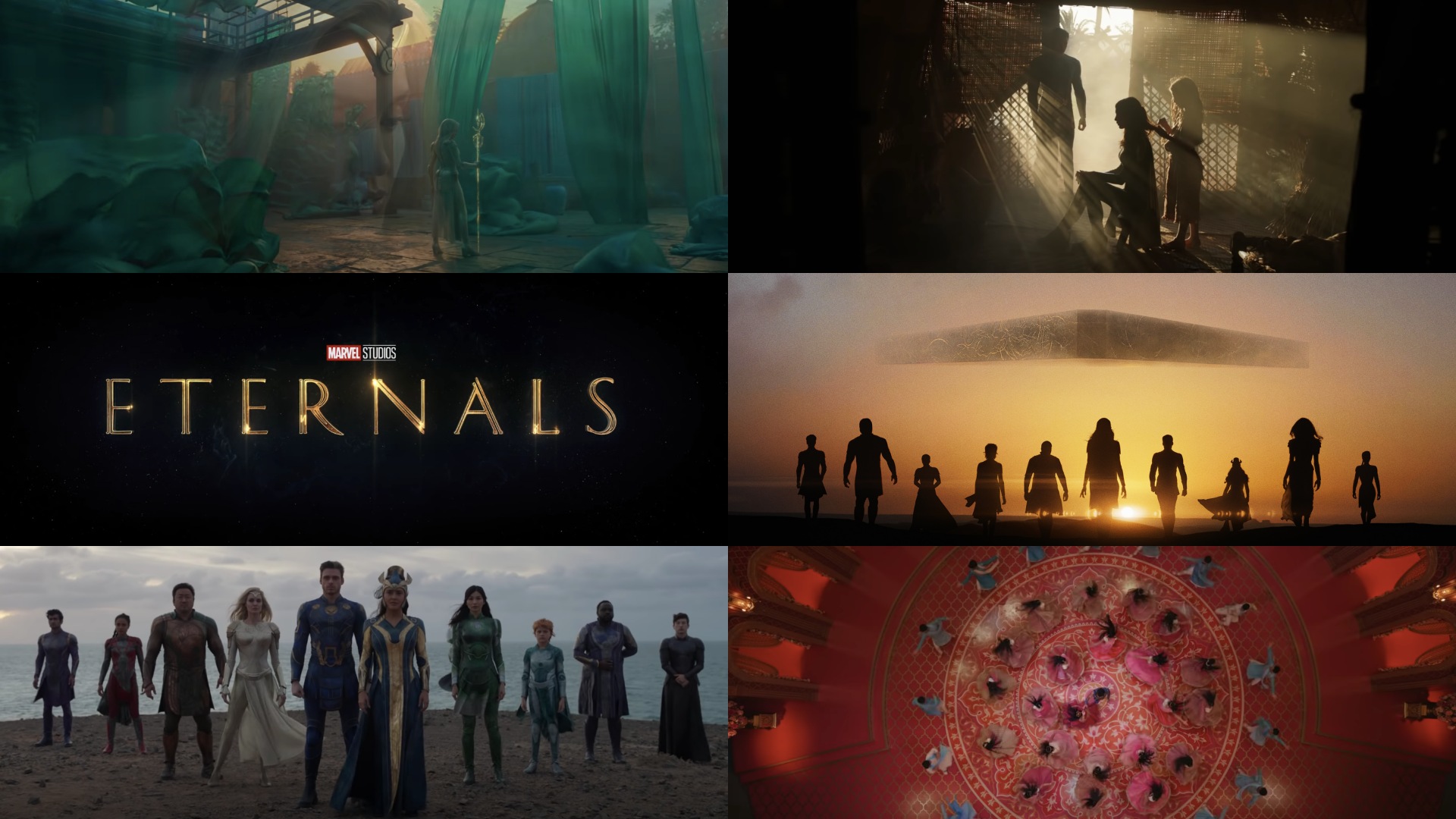 The Eternals teaser trailer is finally here and it is beautiful! (Can you say #aesthetic?) The film will be Academy Award winner Chloé Zhao’s directorial debut in the Marvel universe. 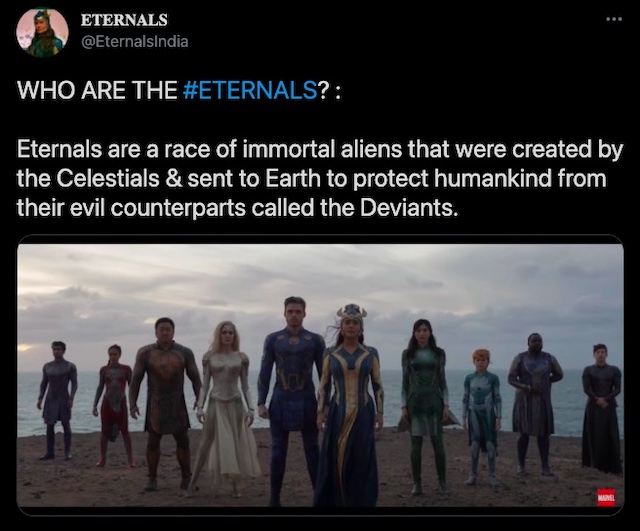 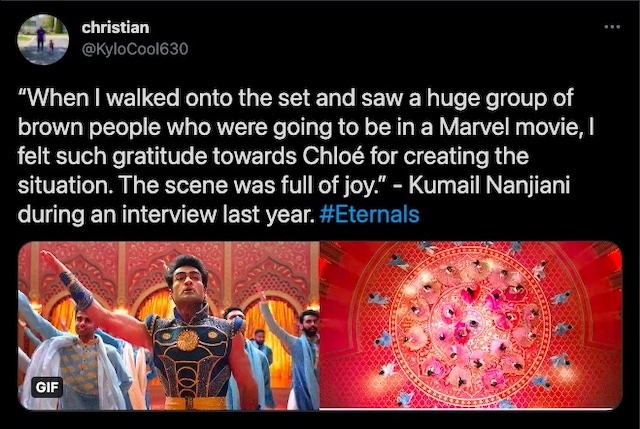 We appreciate the diversity shown in casting not just the titular Eternals but in representing  minorities in general. This makes total sense since they are a race of immortals that have supposedly been blending into humanity for over 7,000 years. Actor Kumail Nanjiani even expressed his gratitude to director Chloé Zhao for promoting the visibility of minorities.

Wait, if they have been on earth since forever then where the heck were they when everything went down in the Avengers film series? 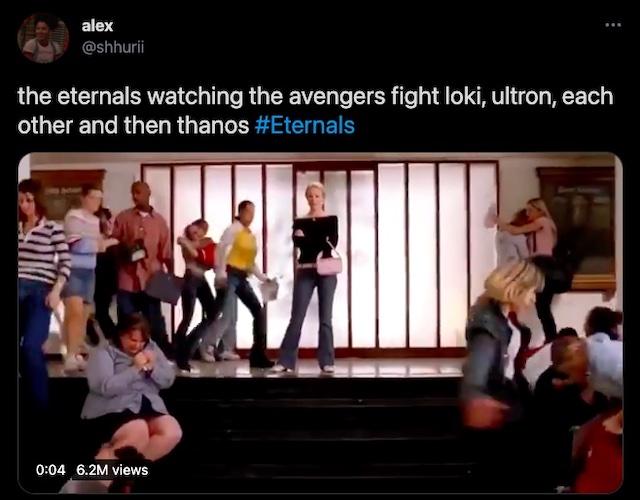 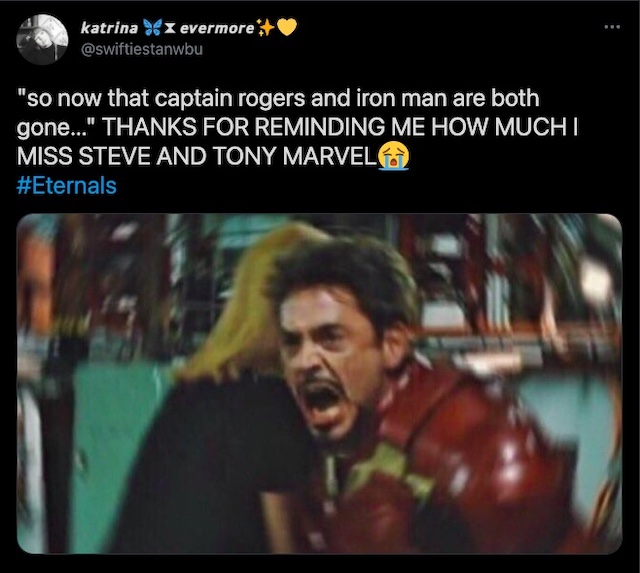 Apparently, the Eternals act more like spectators quietly observing the changes in the world. They help others without attracting too much attention to their powers and don’t get directly involved in the conflict. However, it looks like things are about to change following the events of Avengers: Endgame.

READ: It’s been two years since Avengers: Endgame and we still have feels

The Eternals, who are currently living separately in different parts of the world, must now reunite and protect humanity against their evil counterparts called the Deviants. Doesn’t that sound familiar? 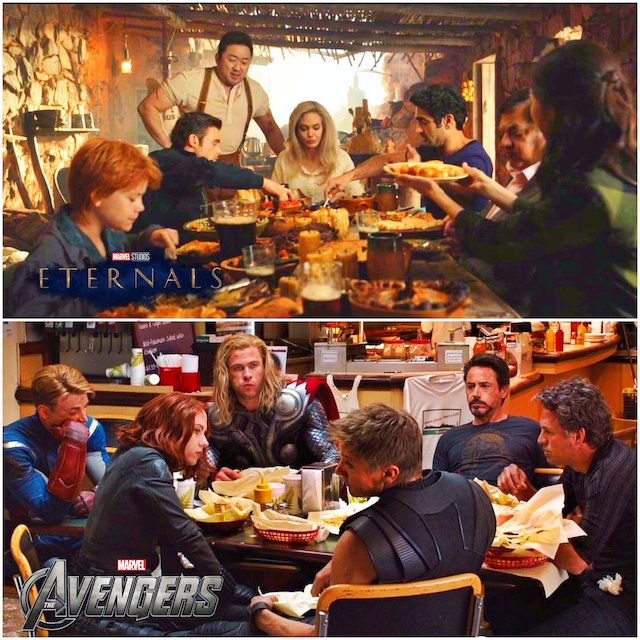 Looks like we’re about to have an “Avengers, assemble!” moment in the film. The trailer even has something similar to the shawarma scene already!

Speaking of the trailer, it wouldn’t be a Marvel teaser without some easter eggs, right? Internet detectives have already gone on the hunt and pointed out a cool shout-out to Captain America. 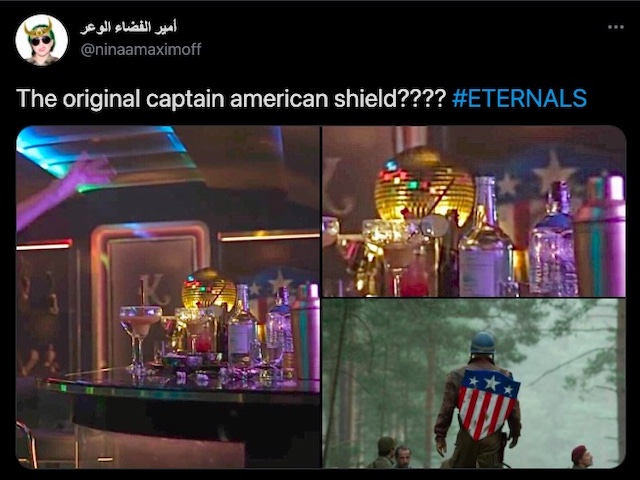 As the good Cap would say, “I understood that reference!”

Fans have also noticed some interesting casting choices that result in a cool crossover. For instance, Richard Madden and Kit Harington were last seen together on Game of Thrones as half-brothers Robb Stark and Jon Snow respectively.

Kit Harington’s character, Dane Whitman, has a superhero persona in the comics called the Black Knight. Of course, fans immediately brought up the similarity with the Night’s Watch. 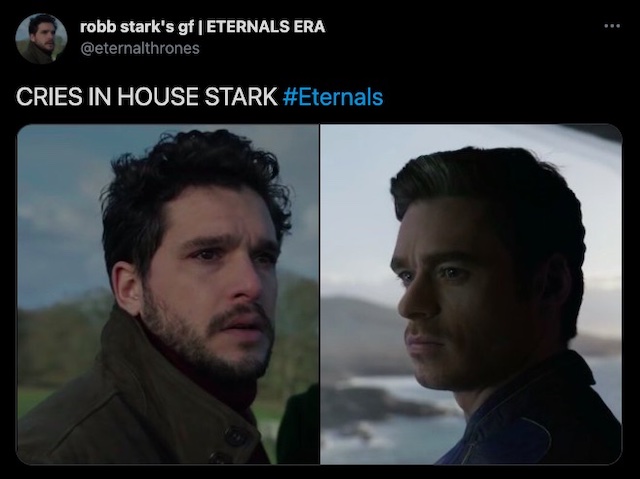 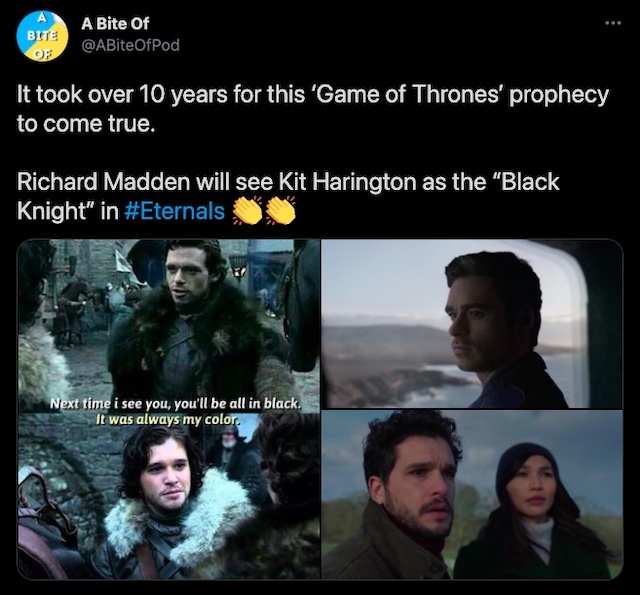 Photo credit: A Bite of Pod/Twitter

While the actors shared a solid brotherhood in GoT, their characters might run into some conflict in the Eternals. Based on the trailer, Richard Madden’s character Ikaris is shown to be in a romantic relationship with Gemma Chan’s Seris. Meanwhile, Black Knight is also paired up with Seris in the comics.

Speaking of Gemma Chan, this film is actually her second appearance in the MCU. So when was the first time? 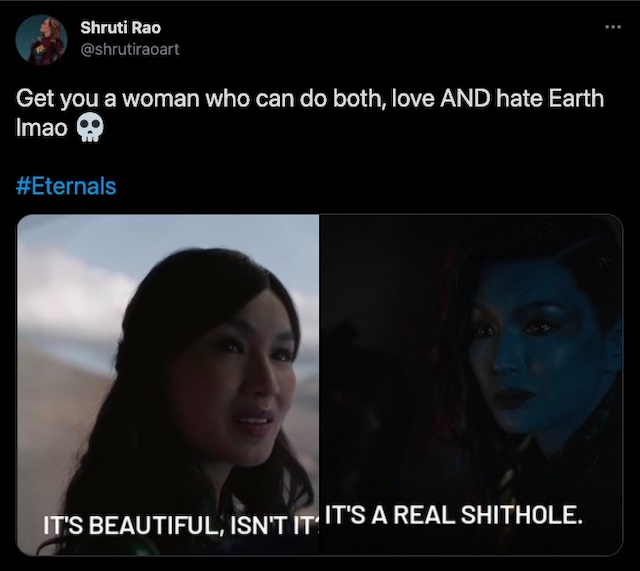 The actress also portrayed Minn-Erva, an antagonist in the Captain Marvel film who was definitely the total opposite of Seris.

The Eternals trailer was like a breath of fresh air amidst all the usual high-adrenaline fare from Marvel and the gorgeous wide shot angles of the landscape truly capture the beauty of our planet. 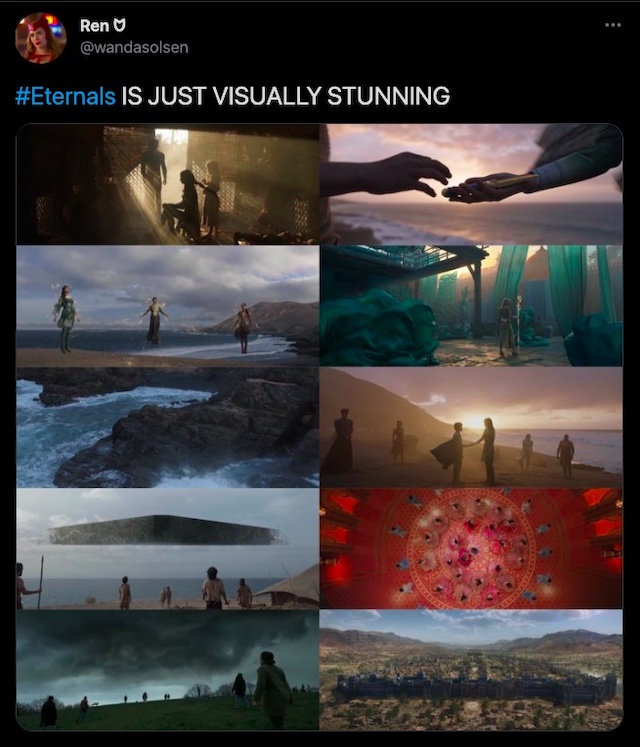 Every scene in this video would look great as a digital wallpaper. 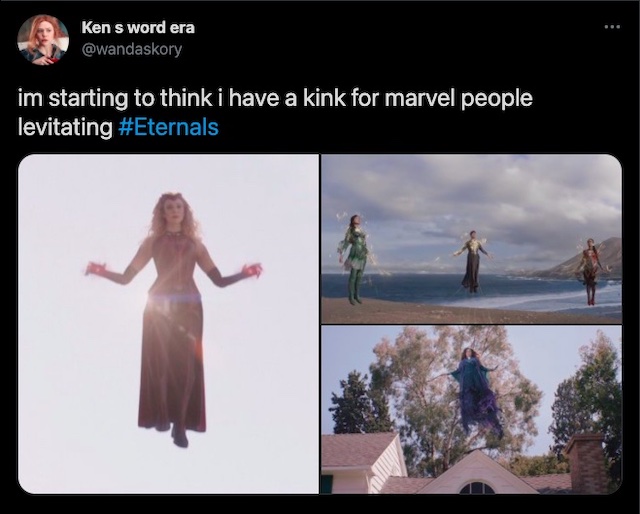 The fluid movements of the characters flow beautifully with languid pacing of the trailer. And yes, we might have a thing for superpowered characters levitating. #KinkSame

As if the visuals weren’t enough for the senses already, the film’s score will be handled by legendary composer Ramin Djawadi, who also worked on Game of Thrones and Westworld.

But don’t just take our word for it, experience the beauty of the Eternals for yourself.

What did you think about the Eternals trailer? Which MCU character would you like to see make a cameo in the film?