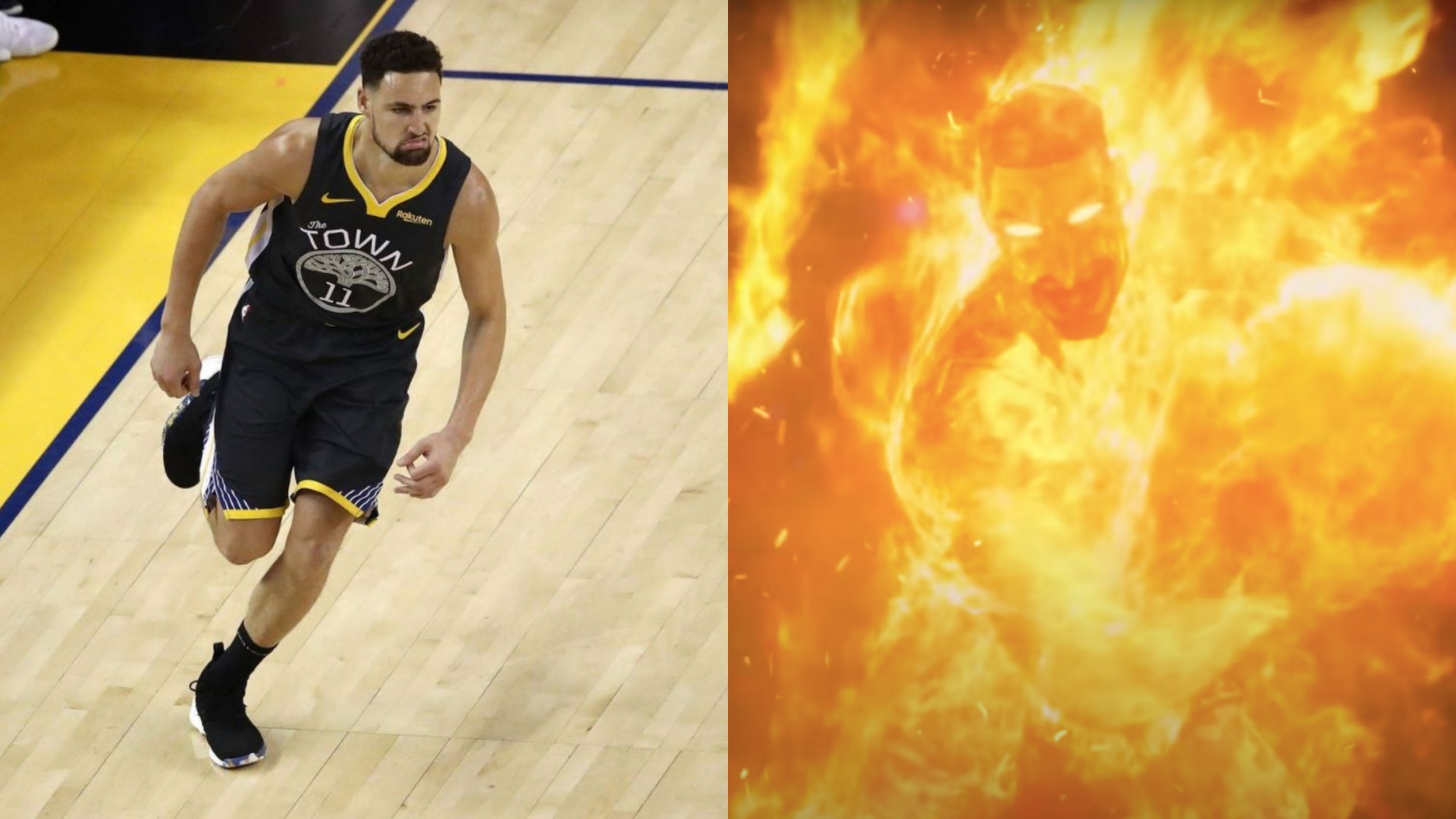 Dubs fans are badly missing Klay Thompson since he sat out his second NBA season in a row due to an ACL injury. While we won’t see him back on the court anytime soon, watching his animated alter-ego may be the next best thing. Not a lot of fans saw it at first, but Klay Thompson was actually in the first trailer of Space Jam: A New Legacy.

Remember that red-hot flaming dude at the 1:57 mark of the clip? Yup, that’s the three-time NBA champion. It’s quite fitting too, considering Thompson does get all el fuego on the hardwood whenever he figures in one of his hot shots.

Half of the Splash Brothers duo (the other being Steph Curry) is officially part of the Goon Squad, a gang who challenges LeBron James and the rest of the Tune Squad in the highly-anticipated sequel.

LeBron thanked all the NBA and WNBA players who took time out from their busy schedules to appear in the film. Thompson also expressed his gratitude for being included in the film.

Space Jam: A New Legacy is coming out on July 14. Are you excited for Klay Thompson’s big screen debut?