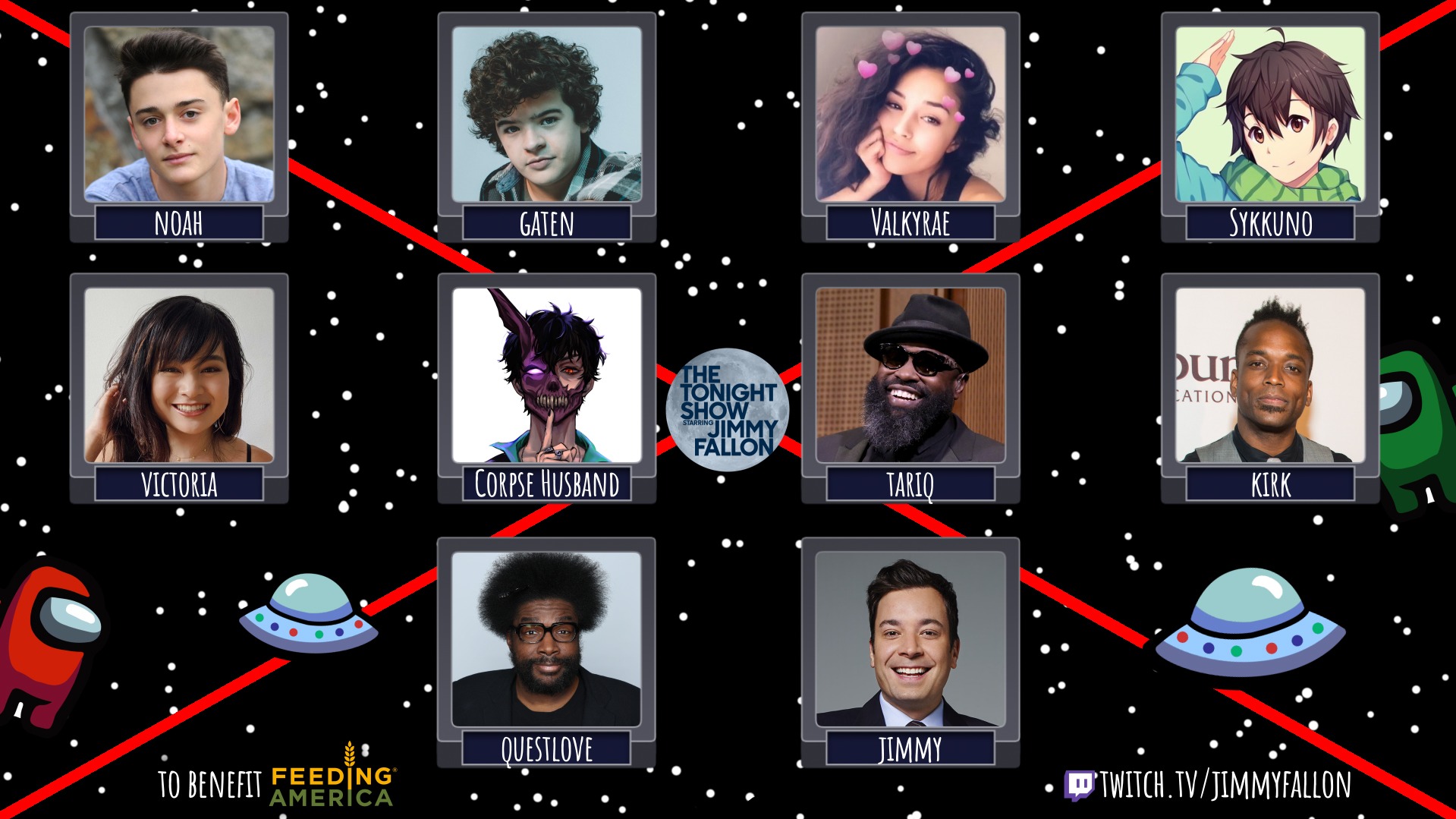 The Tonight Show host Jimmy Fallon just streamed a star-studded session of Among Us on his Twitch channel. Proceeds from the online broadcast will benefit the Feeding America charity.

He invited Stranger Things stars Gaten Matarazzo, who plays Dustin, and Noah Schnapp, who portrays Will Byers to join the fun. Fallon also rounded up top streamers such as Sykkuno, Victoria/TheVTran, Corpse Husband, and Valkyrae to help them along the way. The host also dragged The Roots band members Questlove, Tariq, and Captain Kirk (yes, that is most definitely a Star Trek reference) along for the ride.

In a social deduction game filled with bluffs and betrayal, how would we describe this stream? In a word: chaotic. 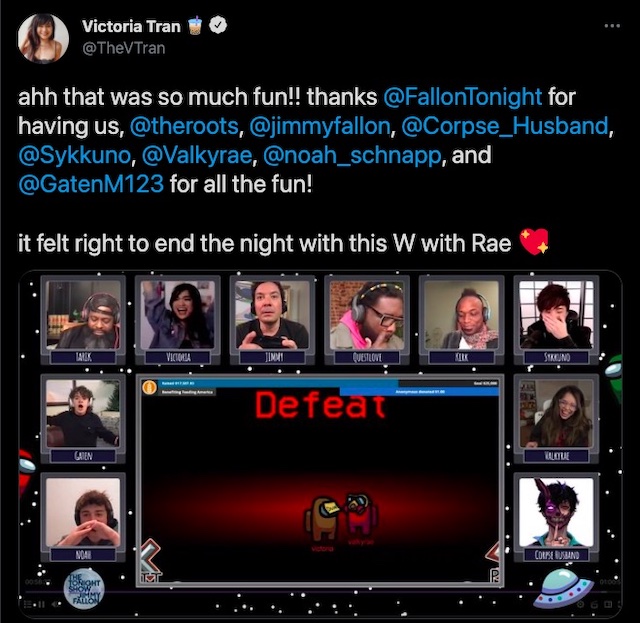 In one of the rounds, Jimmy’s character is the first to die and as the game goes on makes an interesting observation, “Someone is acting so well right now. I know who it is and it’s unbelievable!” So is it one of the Stranger Things boys? #Sus

Well, Noah is eliminated next and shouts, “I knew it was this person! Guys, get my body!”

There’s only one actor left and Gaten Matarazzo uses his acting chops to rat out someone formally stating, “I call this emergency meeting for the purpose of making an accusation.”

Although the impostors have been revealed above, they played more than one round so you’ll have to watch the Twitch broadcast to see the chaos unfold.

What other game should Jimmy Fallon stream? Who should he invite over to play next?