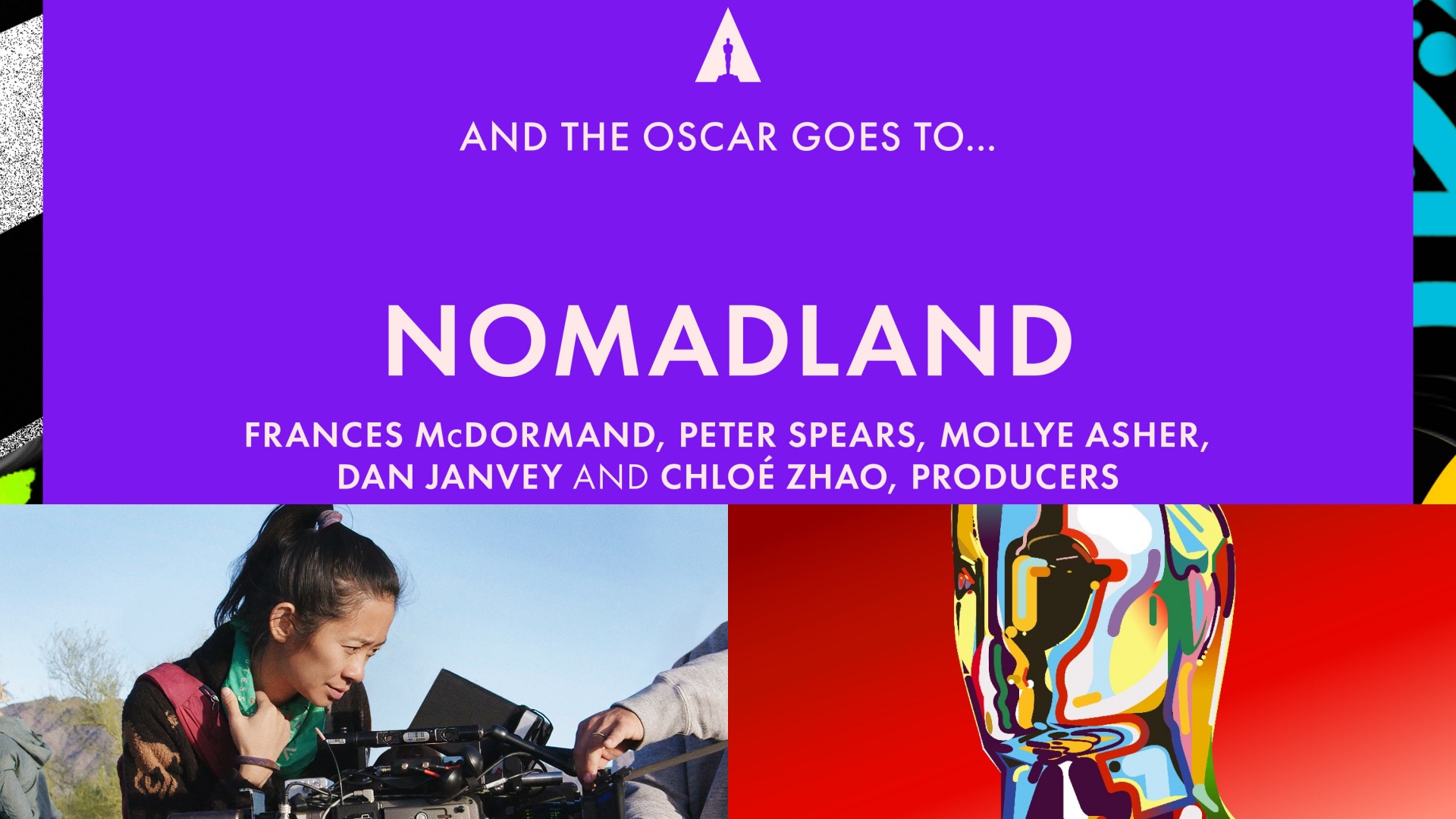 There were a lot of surprises at the 93rd Academy Awards! First, the winners were allowed to continue on with their acceptance speeches without being cut by orchestra music and next, the change in winner line-up by announcing Best Picture first before Best Actor. Viewers assumed that this meant that Chadwick Boseman would win posthumously for Ma Rainey’s Black Bottom. However, Anthony Hopkins ended up winning for The Father and he wasn’t present to accept the award. What a rollercoaster indeed! Here are some of the other highlights:

For her next project? Oh, just a little movie called The Eternals from the Marvel Cinematic Universe—no biggie. The folks over at Marvel are probably editing the trailer and adding, “From Academy Award Winning Director Chloé ZhaoI” and we are excited! 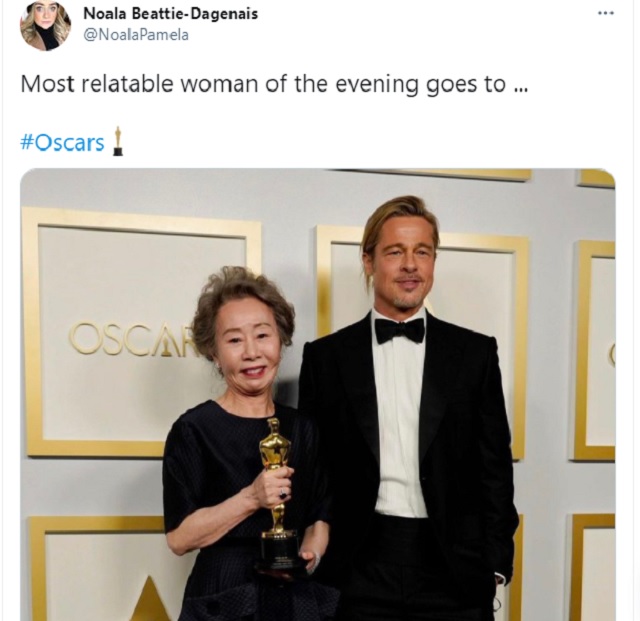 A definite favorite from the Oscars was Yuh-Jung Youn who also made history as the first Korean to win Best Supporting Actress at the Oscars, she won for Minari. Viewers enjoyed her Asian Mom realness as she thanked her two sons for “pushing her to work.” Audiences were also amused at her visible fangirling over meeting Brad Pitt.

She asks Pitt, “Where were you when we were filming in Tulsa?” ICYDK: Brad Pitt is actually one of the executive producers of Minari. Brad Pitt (and his man-bun) escorted a giddy Yuh-Jung Youn backstage where they had photos taken! Definitely an unforgettable night for her and who wouldn’t be kilig with Brad Pitt? 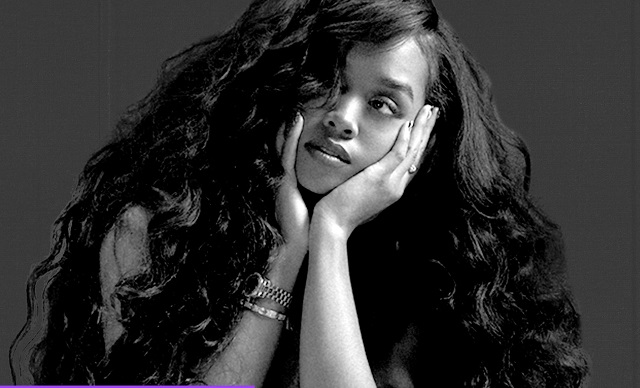 Born Gabriella Sarmiento Wilson but known professionally as H.E.R. (pronounced as “her,” an acronym for Having Everything Revealed) raised the Philippine flag when she won Best Original Song for “Fight For You,” which is from the film Judas and the Black Messiah.

The R&B artist, who was born to a Filipina mom and an African-American dad, shares in a statement, “Knowledge is power, music is power and as long as I’m standing, I’m always going to fight for my people and fight for what is right.” 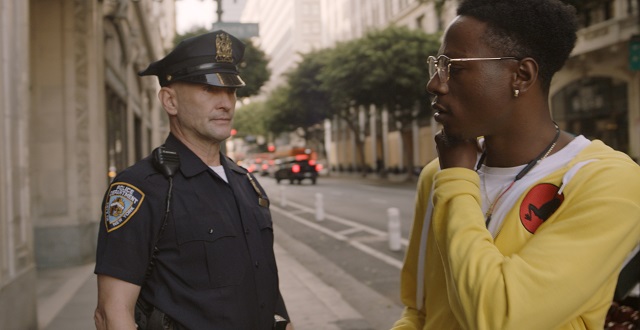 With Two Distant Strangers’ win, Durant and Conley join Kobe Bryant as the only other NBA players with Oscar wins.

ICYDK: The late Kobe Bryant won an Oscar for the animated short ‘Dear Basketball’ in 2018.

Netflix also won for Best Documentary for ‘My Octopus Teacher’.

Did your favorites win? What are you most looking forward to seeing now after the winners have been announced?